Binary releases of NFD are currently only available on some systems. Even on the systems where there are binaries available, they may be out of date. Thus, we attempted to develop packaging scripts for multiple platforms. The binaries would be accompanied by the NFD Control Center.

In addition, NFD Control Center has not been updated in a while and could be improved by adding various features, including

Susmit worked on a status display for NFD Control Center.

Eric worked on a port of NDN to natively compile on Windows.

NFD Control Center is now able to visualize the security environment of the NDN platform on OS X. It is also possible to set default keys.

A script was written to create a bundle containing the NDN platform (ndn-cxx, NFD, ndn-tools, and NFD Control Center).

What Is Not Yet Working

Efforts to compile ndn-cxx natively on Windows were not successful.

The status display is not functional as of the end of the hackathon. 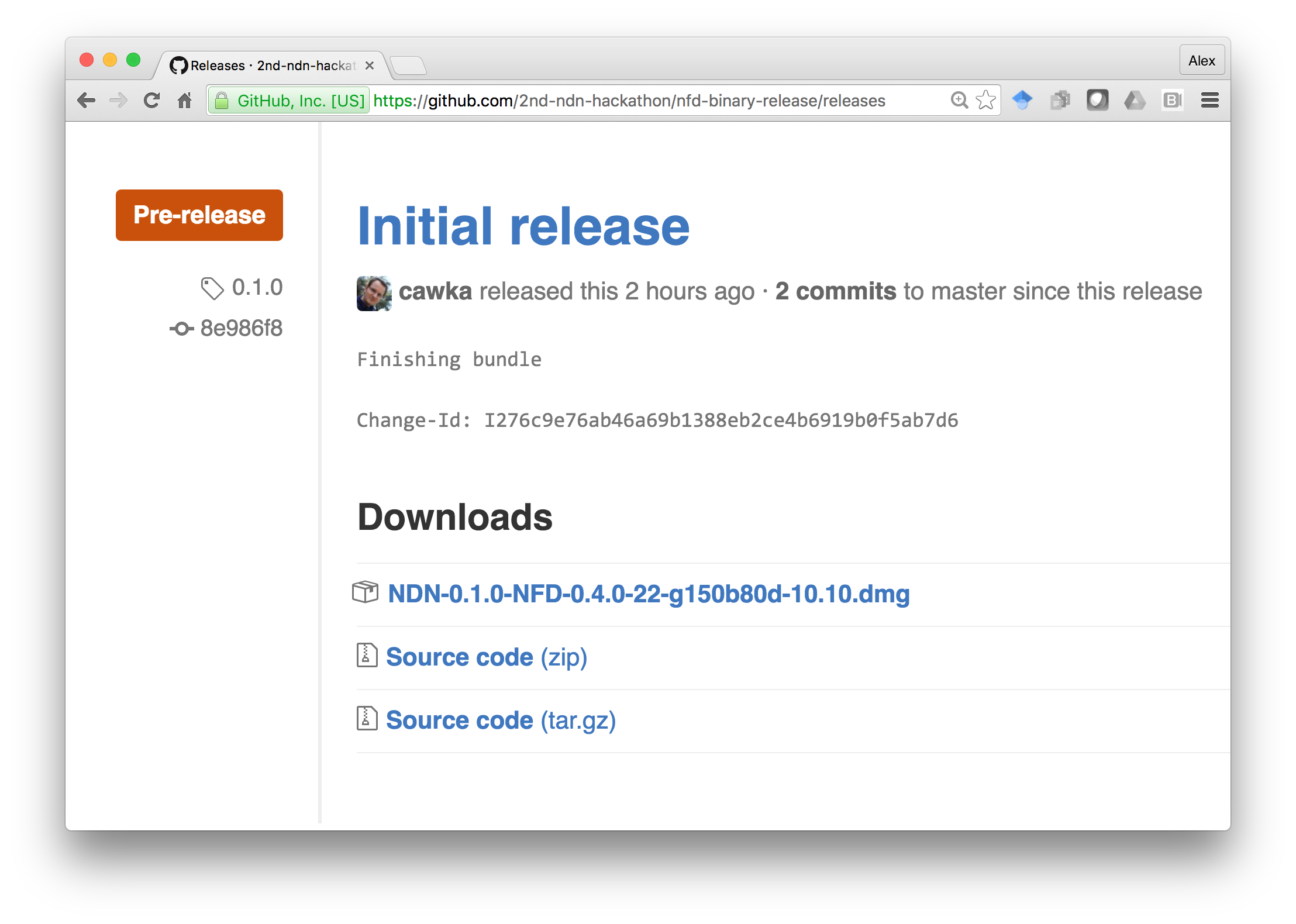 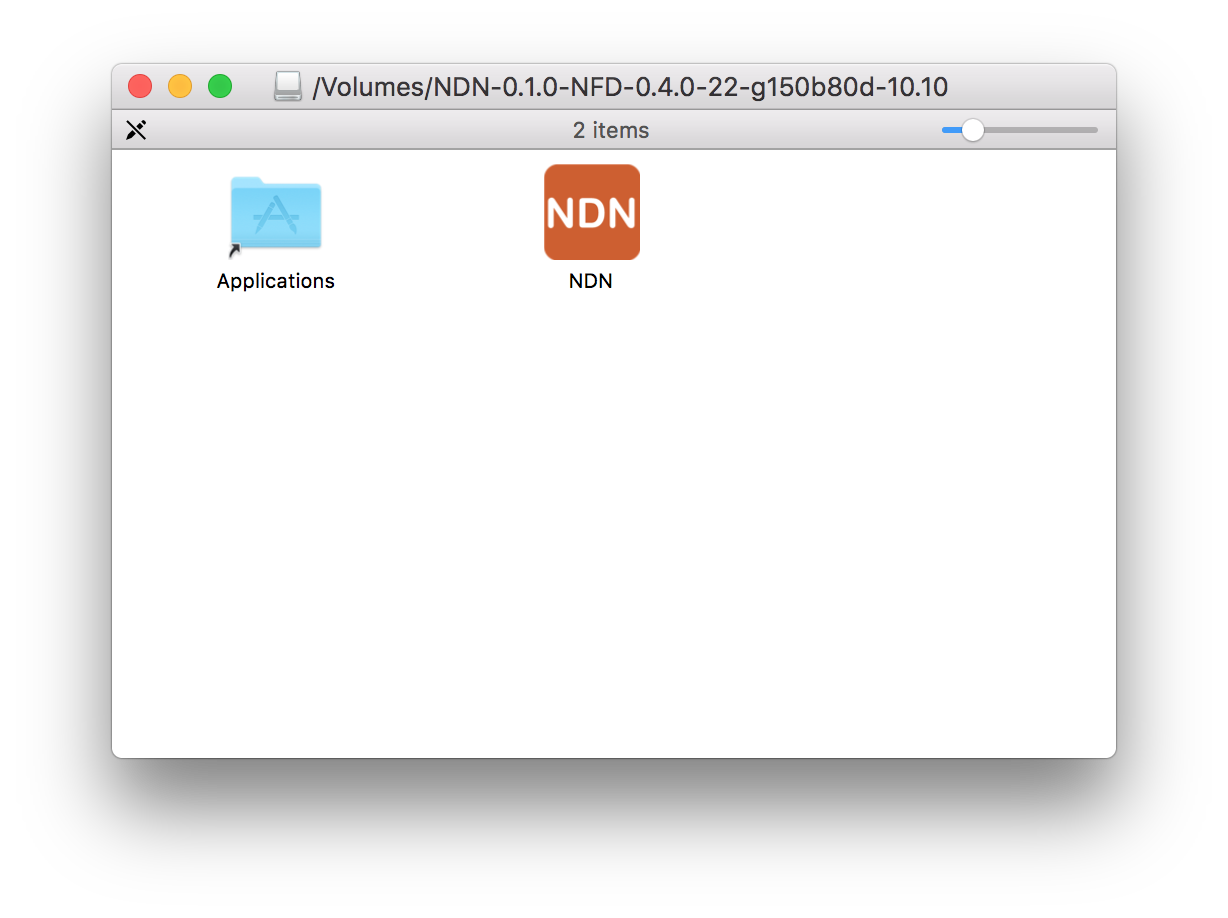 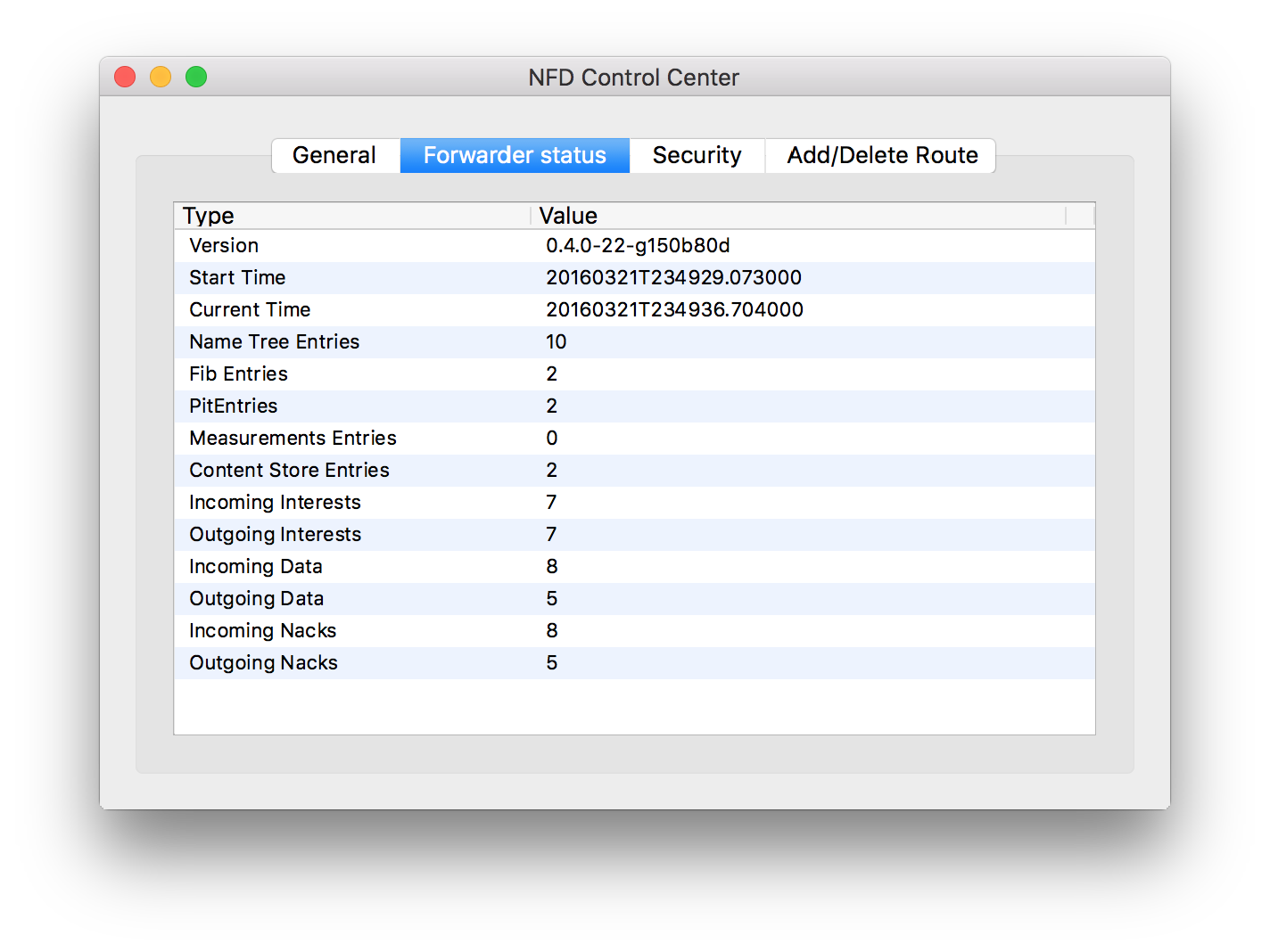 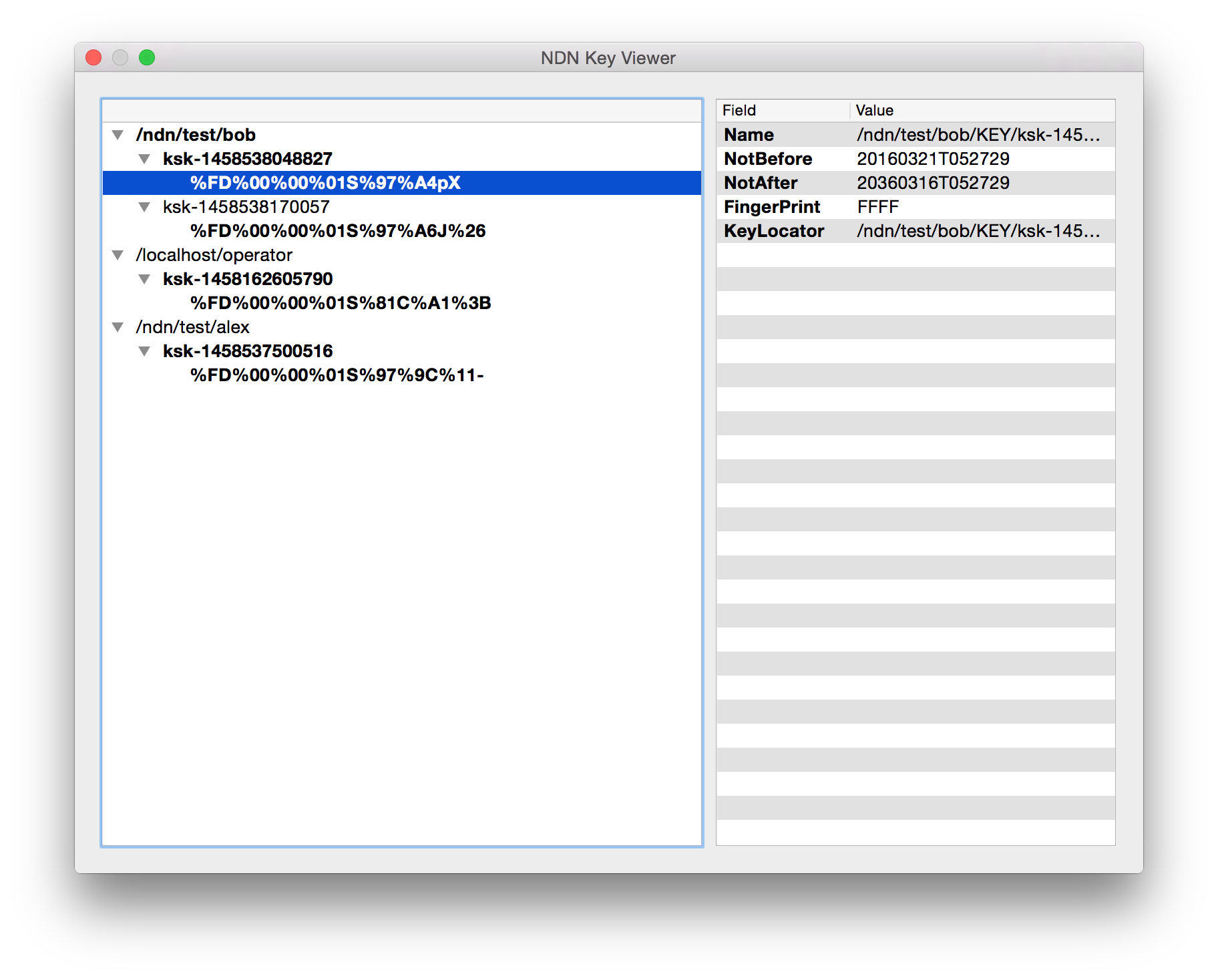 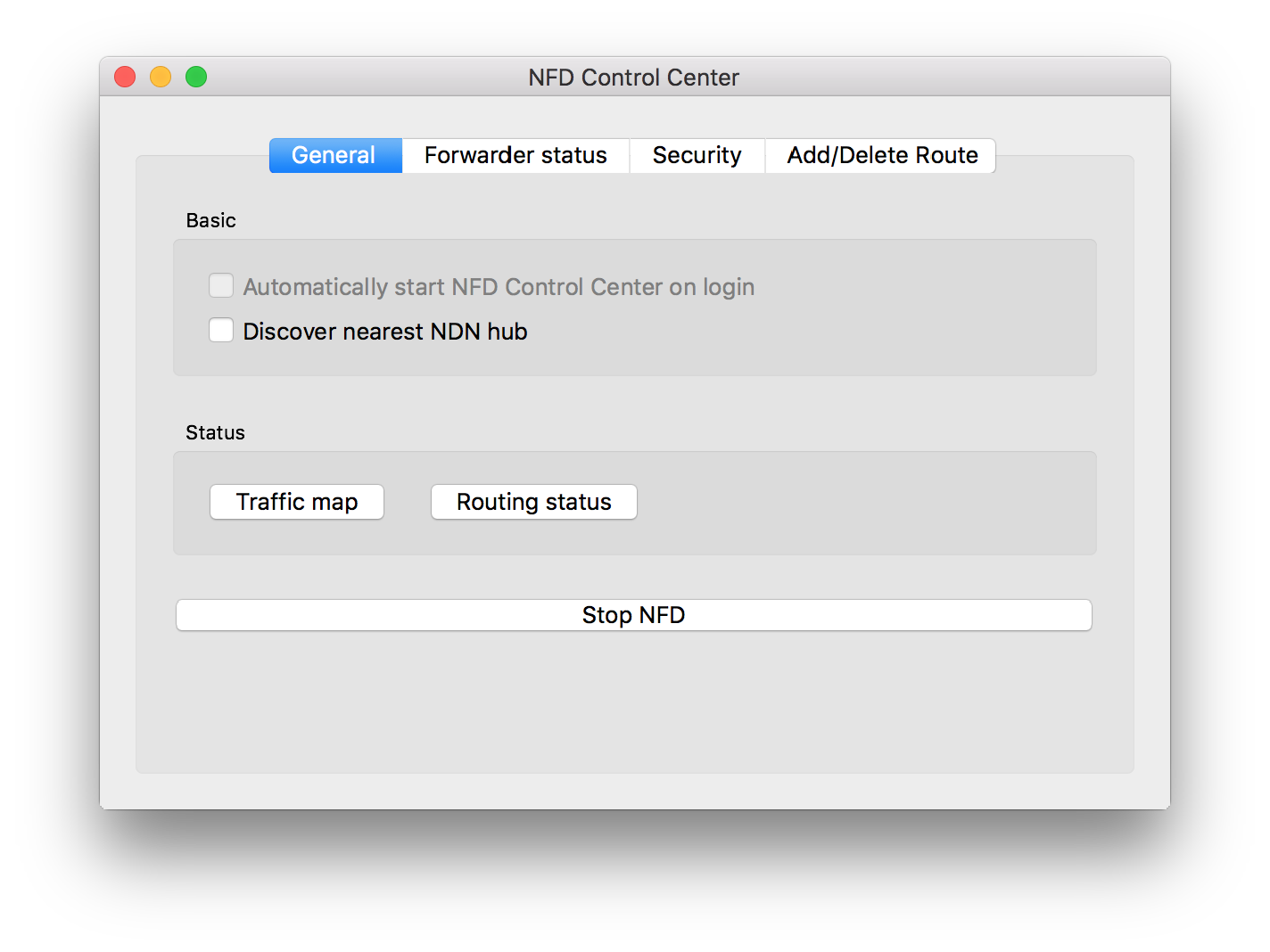